This eve Israel commemorates the Six Million Jews who were murdered in the Holocaust (Shoa).

Just like the Corona virus pandemic changed the way we celebrated Passover, it now changes the way we mourn. The sign in the picture below reads: 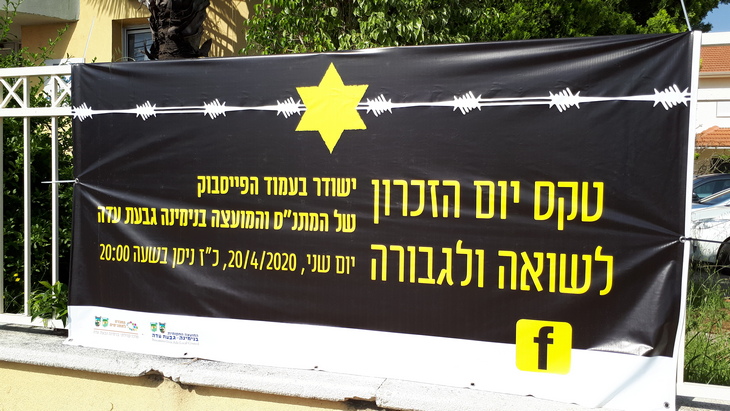 Instead of gathering and telling the stories and singing the songs together, we will stand on our balcony today and tomorrow for the siren, and watch all the ceremonies online.

I feel this goes against everything human. I send a big hug to the survivors, and to my fellow human beings.

Three Graphic Novels tell the Story of the Shoah

Anne Frank, Hertzko Haft and Michel Kichka tell the story of the Shoah from it's beginning till today in three graphic novels.

Here's what to expect:

Today is Israel's Memorial Day, and the Eve of our Independence Day, and as we go thru the ceremonies, we all just can't get over how wrong the pandemic has made everything. 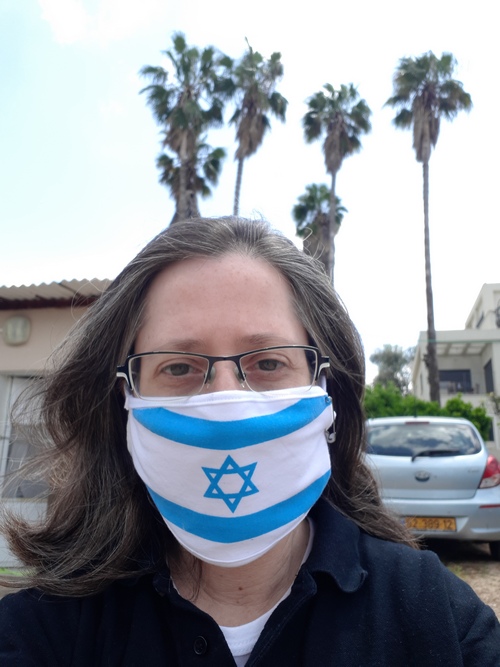 Instead of coming together and hugging a lot, we resort to standing on the balcony, waving at the news-camera drone.

Instead of going to the military graveyards and pray for the souls of our dead soldiers, families and friends are instructed to stay home and light a virtual candle.

We light the virtual candle so that others would see it, because no one can see the real candle you lit on your kitchen counter.

Elderly mothers of the fallen sit at home today, completely alone, because no one is allowed to visit and give them a hug. The best we came up with is two volunteers standing outside with a flag during the siren.

For Independence day, there will be no fireworks this evening - we need the money to support those who have lost their jobs and need the community's help to put food on the table.

There will be no massive, crowded barbecues tomorrow

Israelis are still buying meet and will do the traditional "Mangal" at home.
There's going to be another all-encompassing curfew on our day of Independence - No one is to leave the house.

The Air force will fly over hospitals this year, and the aerobatic team will have no one to show their loop-de-loops to.

If I sound despondent it's because I feel that this Pandemic is robbing us of everything that makes human society "human".

I miss the hugs, the touch, the crowds gathered to mourn and celebrate together. Both these things - grief and celebration - were never meant to be done alone, and in Israeli society that is more pronounced this year than ever.

These events have been robbed of their baseline purpose, which is to bring us together. After the past few weeks of shutdown I can firmly say: no touch screen could ever replace the human touch.

Stay safe everyone, and here's hoping for better times,
Netta.

More about Life in Israel: